Not at the Top—With the Top

Today the company I get to work for was announced by the Denver Post as one of 2018’s “Top Places to Work”. As a matter of fact, out of the 48,000 companies that applied, DigitalGlobe was announced the 20th Top Places which doesn’t give me the feeling of “being at the top” but instead I know I’m with the top.

The difference? I’ve often heard it said that “the top” of anything tends to be a lonely and cold place. Of course, the analogy alludes to an idea that not very many actually make it to this top so many seem to be striving for. I’d rather look at it from the perspective that any success I may have is not something I can solely gain on my own. It takes a team, a culture, and a sense of collaboration.

So no, I don’t feel like I’m “at the top” of anything. I’m instead with the top, in the top, and we’re only going higher together in this new renaissance of space exploration and commercial enterprise – an industry worth trillions of dollars. That’s what it’s like to be with the top. It’s exciting and something we all get to celebrate together.

So I raise my glass again to DigitalGlobe and my awesome team. I haven’t been here for very long, but here’s to many more years of being with the top places and people to work for. 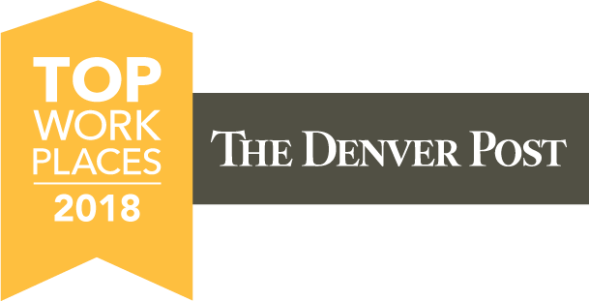 Having a website with an actual domain always gave me a sense of pride knowing I have a real piece of Internet real estate. Taking into consideration that it will be awhile yet before I will own any real physical property, I can at least take some pride in the fact that I have a website to call my own. Yet it sits here seldom to updates, collecting digital dust along the way. Of course it wouldn’t hurt my feelings to know no one reads this anymore let alone comment his or her thoughts, but I write when I realize the importance of a major life event or perhaps just when I feel like it. So there’s a long-winded way of saying it has been awhile, but I’m not sorry about it either. Instead, I realize that sharing my life here in the blogosphere is something I need to do for myself and going forward I won’t make promises of doing it often, but I will at least try to write more which I think is beneficial when I have the time.

Without further delay let’s talk about where I’ve been. Recently I learned a lot about a simple rule about life and that’s “making comparisons can often spoil your happiness”. This comes from a book on audio I listened to during probably the hardest year of my life – working graveyard shift as a delivery milkman. That’s right, you heard me. They really do still exist and yes they are part of the hardest blue-collar workers I’ve ever had the pleasure of getting to know, but thank God I wasn’t doing that for more than a year. The best part about it though was it gave me enough of an income to support myself and my pregnant wife and time to listen to the Divine while depending on His providence. I remember being scared out of my wits trying to come up with a way to win bread and also provide the financial support to pay for the delivery of my first-born child. Those medical bills didn’t get paid off for the first two years of her life – It was worth every penny.

So why is making comparisons so bad? Well, if you think about it, you only really see in others what they want you to see and there’s always the age-old trope of the grass being greener on the other side. Which actually one of my favorite musical artists of the time, John Butler Trio, wrote a song titled Better Than that lyrically explains that “Life is not about what’s better than.” Those were two messages I really needed to hear in 2014. That year not only did I learn these valuable life-lessons, but I also learned how to work hard and trust that my Heavenly Father had a plan and it was up to me to gather His provision while He established my steps.

During that year I was desperate to find a way to get out of manual labor and pursue something I knew I could be good at and thoroughly enjoy. The dairy I worked for had a very dated website so I figured with my interest in design, storytelling, and the Internet, I would try and make something better with the hope they’d hire me to maintain it. Of course, that didn’t end up happening but what did happen was the beginning of my study of database administration namely MySQL and the Structured Query Language syntax. Little did I know that just this little dabbling would lead me to bigger and better things.

Eventually while attending a church in Northern Colorado I got to know a gentlemen who had worked for IBM for 20 years and was thinking about going back so he could get ready to fully retire. He assured me while knowing of my struggles working nights that he’d help look for an opening for me. True to his word, I started a process of interviewing with a contracting company that promised a 1-year contract with possible extension.

Honestly I was ecstatic to work for the Big Blue that is International Business Machines. I had hoped this opportunity would open up all kinds of opportunities and an actual career. Despite the job itself getting to a slow start, I was just happy to see the sun again and actually getting a goodnight sleep for once. Despite the job not turning into a full-time regular employment, I still took advantage of every opportunity while I was there to learn everything I could about IT and the management of data, time, and myself personally. There were a lot of major achievements I got out of being at IBM, but despite my work ethic and determination, the contracting company decided it was time to let me go and for the first time in my life I was unemployed.

Thankfully this downtime only lasted about a month when a buddy of mine from a local game store referenced me to a telecommunications company that specialized in wireless internet services. I started out there as a technical support agent for 6 months, chat support for about 4 months, and then for about 10 months I worked as a dispatcher for the field techs. The entire time I was focused on climbing the cooperate ladder hoping I would make it into a leadership position, but while I was in dispatch my new manager at the time had his eye on my potential and literally told me he felt I was “doing the wrong thing” with my career path.

For the first time in my life I found out about a field called Geographical Information Systems or GIS. I attended a conference for GIS where I heard a presenter say that no one really ever thinks to himself “I want to be a geographer when I grow up”. That was certainly the case for me, but what made GIS really interesting is realizing how not only relevant it is to society both established and emerging but how much the industry was growing and looking for talented individuals. I had always been in love with the concept of storytelling with pictures and with my recent love for data I realized I could marry the two together and pursue a technical career in something that wasn’t just about geography but also storytelling – telling the story of the world geospatially.

Today I now work for the leading provider of digital information of our ever changing planet called DigitalGlobe. At DG I help support various projects with a team of professionals who have a fundamental understanding of what Jack Dangermond (Founder of Esri) calls “The Science of Where”. Every day is a day I don’t have to commute and put in the hours of hard work: every day I GET that privilege while imaging the world to make it a better place.

To get to that point all I had to do is prove that I could obtain a foundational knowledge of GIS and the industry. To accomplish that foundation, I went back to school for a certification that ended up costing me less than $200 because of a Career, Technical, and Education grant I was awarded and being able to rent my books on Amazon. What also helped was establishing a trusting relationship during my interview and proving I was qualified for the job.

So where to next? For the first time since I was at IBM I know I’m finally pursuing a real career. DigitalGlobe is a great starting point and I hope it will launch my talents and abilities far beyond the stars. While performing my regular duties, I also use my time to continue studying GIS related topics along with Data Science, Artificial Intelligence, Machine Learning, and Voice-enabled APIs. Why? Because I believe those technologies are the future. I’ve heard data be referred to as the “new oil” and AI, Machine Learning, along with other related technologies are the tools I’ll need to drill this crude resource out of the vast debts of the universe and process it into valuable information. It’s been a crazy last couple of years, but the ground is finally feeling stable again allowing me to look to the skies and fulfill my greatest potential.